The main purpose of inverters is to transmit solar energy uninterruptedly. The energy produced by these devices can be used in houses and workplaces. Inverters, which transfer the electrical energy obtained from solar energy uninterruptedly and accurately, help to increase the use of electronic devices by reducing the errors or problems that may occur for electronic devices. Inverters, also called power converters or converters, are also known as an electrical power conversion element. 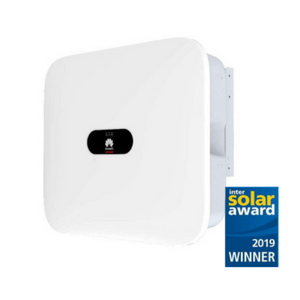 What is An Inverter And Why is it Used?

The inverter converts the electricity produced by the solar panels into electricity that you can use. Most of the electrical devices work with alternating current and therefore it is necessary to convert the direct current produced by the solar panels into alternating current through the inverter. There are two types of inverters, which are of great importance for the solar system, as on-grid (with mains electricity) and off-grid (without mains electricity) according to their intended use. Off-grid inverters are also of two types as intelligent full sine and modified sine. On-grid inverters are divided into single-phase and three-phase.

What are Off-Grid Inverters?

Off-grid inverters used in storage (battery-battery) systems are used in places such as farm and highland houses, GSM base stations, where it is very costly to bring the grid line. If we want to talk about full sine inverters; The mains electricity that feeds all the electrical devices we use is full and pure sine wave. Full sine inverters have a full sine waveform at the AC output. It adjusts the incoming voltages and frequencies as full sine waves. Efficiency is between 89% and 94%. These inverters are also used in systems that require sensitive work, especially medical devices and measurement systems.

What are On-Grid Inverters?

On-grid grid-connected solar energy systems are systems where the electricity produced in solar energy systems is consumed in internal use without being stored and the excess is transferred to the grid via a bidirectional meter. The direct current from the solar panels must be converted to alternating current in order to transfer the energy to the grid. In this, on-grid inverters are used. Since on-grid inverters take the first trigger from the mains electricity, they do not work when the mains energy is gone. It must be able to detect the mains energy.

How much do Inverter Capacities vary?

The power of one of the central inverters, which is generally used in large power plants and power plants, starts from hundreds of KW and goes up to MW. Central inverter technology, unlike other inverter types, manages from a single center with larger panel groups. In general, the low voltage voltage values of central inverters are different from the 400 V values of normal distribution transformers and they are produced as 300V, 350V, 400V and 690V. Central inverter technology, unlike other inverter types, is a system in which the connection to the inverter is made after the panels are combined in the junction boxes where DC protection is made before the inverter.